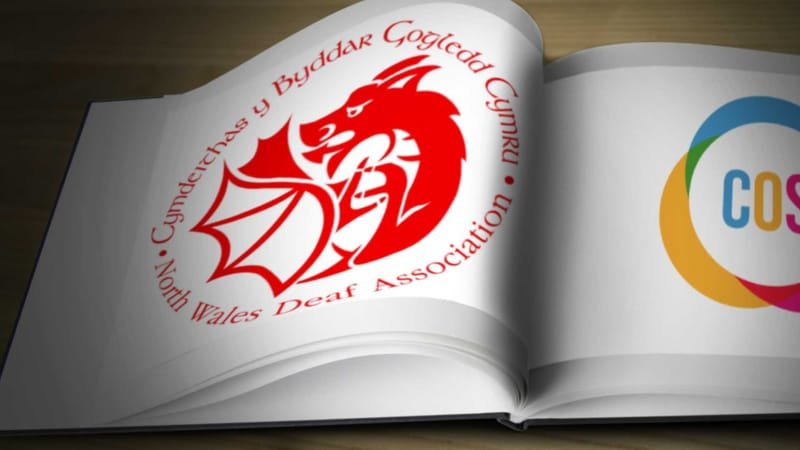 We haven't always been COS

North Wales Deaf Association was established in 1994 following concerns raised by members of the Deaf Community with the forthcoming changes to Local Authority boundaries. Over 100 members of the Community came together and decided to set up their own organisation, one that would protect the rights of Deaf People living throughout North Wales.

The organisation started with 2 members of staff, offering information and advice and Deaf Awareness Training; and began producing a quarterly newsletter available to all members.

As the organisation became more well known it grew in both size and in the services we were able to offer, we employed interpreters, lipreading classes were developed and thanks to funding from Children in Need began a Children and Family project.

In 1999 many of the Social Workers for Deaf People retired or moved on, and after talks with the heads of the relevant Social Services Departments, NWDA employed their first Advocacy Office in 2000.

The organisation had now outgrown its humble beginnings at Plas Tre Marl and moved to offices in Mochdre, employing 10 people with new services being developed - befriending, video production for all our meetings etc and an Information Officer who would travel around the region taking the services to people living in rural North Wales.

As we continued to grow, we were forced to move again, this time to the Business Centre in Llandudno Junction, and here plans were drawn up for us to purchase our own building that we could grow into. But the development of services was not put on the back burner, we began an Employment Project and working with Wales Council for Deaf People, began training new lipreading teachers.

Finally, in 2014 we purchased our new offices in Colwyn Bay which in turn became the North Wales Sensory Centre, bringing RNIB, Action on Hearing Loss and Guide Dogs under one roof.

The biggest changes came about in 2016, following consultation with our members we rebranded as the Centre of Sign-Sight-Sound, reflecting the work we were now doing with national projects in partnership with Action on Hearing Loss and the work we do with people with dual sensory loss.

We are now a team of 17, with bases in Colwyn Bay and Wrexham and services not only for people who are Deaf or have a hearing loss but for those with a dual sensory loss and people with a visual impairment, as well as people with other disabilities.